Ultrasound and Shock Wave Therapies for Low Back Pain: Do they work? 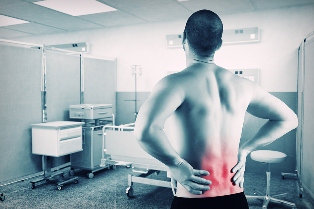 Current guidelines don't recommend treatments, yet many still use them

Nonspecific low back pain (LBP) may also be associated with leg pain and is usually accompanied by a painful limitation of movement. Among more than 200 treatment modalities available, two forms of mechanical vibration exist. Ultrasound uses a frequency of vibration above 20,000 Hz and generates heat, which penetrates the tissue to increase blood circulation. Shock wave uses a vibration at lower frequencies (10-250 Hz) and causes oscillatory pressure meant to alleviate pain. The most recent evidence-based guidelines don't recommend these for LBP, yet ultrasound is still used by roughly 65% of physical therapists (PTs) in the U.S. This may be because most of these PTs are either unaware of current research or don't believe it's accurate. To establish a clearer picture on the subject, a study systematically reviewed evidence on the effectiveness of ultrasound/shock wave for treating LBP.

Only a handful from large field of references used for review

Medical databases were searched, and studies were used only if they were randomized controlled trials (RCTs) that compared ultrasound or shock wave with an active or inert procedure and included patients with LBP (with or without leg pain), and assessed pain, disability or quality of life. Of 1,419 references, 13 were potential fits, but nine were excluded, leaving four studies for the review. These included 242 patients, with three RCTs investigating ultrasound compared to sham procedure and other treatments, and one RCT on shock wave compared to transcutaneous electrical nerve stimulation (TENS). All studies used disability as the primary outcome measure.

No evidence found to support either therapy

Analysis didn't prove favorable for the therapies. One study compared ultrasound to lumbar traction and low-power laser in patients with LBP and leg pain, and found them all to lead to the same results in pain and disability. The other three RCTs focused on LBP without leg pain: one found manipulation to cause greater improvements than ultrasound in pain, disability and flexion, and another found slight improvements for ultrasound over a deactivated device, but the study was low quality and is therefore insignificant. The final study, which compared shock wave to TENS, found results that were similar to each other in regards to the same measures. Clearly, these results don't support ultrasound or shock wave for LBP patients with or without leg pain, as none of these outcomes prove the therapies effective. Furthermore, most of these RCTs were of low quality since they compared therapies to other treatments that are either ineffective or not recommended, and resources may have been wasted on those trials. This calls for PTs to consider limiting the use of ultrasound and shock wave for LBP in the clinical setting until high-quality trials emerge to prove they're effective and worth using.

-As reported in the April, '11 edition of The Spine Journal