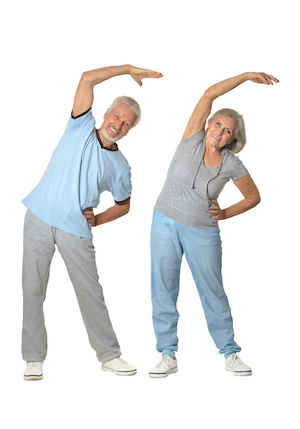 Even though surgery is commonly used for injury, it often leads to poor results

Hip fractures are one of the most common and severe types of injury in older people. In most cases, older individuals that fracture their hip are treated with surgery; however, the recovery after surgery is actually quite poor. In fact, only 30% of these patients regain the same level of physical function as before the fracture. Many of them also experience an impaired ability to stay mobile (impaired mobility) and lose their physical independence, which means they may require long-term personal care. After surgery, many patients follow a course of rehabilitation. This type of treatment aims to improve mobility, maximize physical function and prevent or reverse the loss of one's physical condition. One type of rehabilitation is structured exercise, which is designed to improve healing from the fracture and improve strength and coordination. Though supervised exercises are used to treat patients recovering from a fractured hip, it is not clearly known if they actually improve the overall mobility of these patients. Based on this, a powerful study called a systematic review was conducted, which was used to gather all the relevant studies on supervised exercise for hip fracture patients. It was followed by a meta-analysis, which analyzed each of the studies found in the systematic review and sought to make conclusions based on them.

To conduct the systematic review, four major medical databases were searched for studies on structured exercise for hip fractures. Only studies called randomized-controlled trials (RCTs) were accepted, which are considered the most powerful type of individual study. They involve randomly assigning a group of patients to smaller groups in order to determine which is more effective for treating a condition or injury. This search led to a total of 19 RCTs that were deemed acceptable and included in the systematic review. These 19 RCTs were further evaluated to determine if they could be closely compared, and 13 of them were accepted for the meta-analysis. Researchers of the meta-analysis were most interested in the primary outcome, which was overall mobility: the ability to walk, move around and change, or maintain, body position. They also looked into a number of secondary outcomes, which included measures like balance, physical performance and quality of life. All studies accepted to the meta-analysis were then analyzed in detail.

Structured exercise leads to improvements in mobility after hip fracture

Results from the meta-analysis showed that structured exercise does indeed lead to significant improvements in overall mobility after a hip fracture. In particular, programs that took place in settings other than hospitals were found to lead to even greater effects than those performed in hospitals. This was also found to be the case with programs that included what's called progressive resistance training. This form of training uses weights and other forms of resistance like elastic bands to build strength in the hip, and the load grows progressively heavier as the patient builds strength. These outcomes suggest that structured exercise - especially when it involves progressive resistance training and is performed outside of a hospital - can help patients with a hip fracture by improving their overall mobility. Based on this, carefully-guided exercise that fulfills these criteria may be very useful for these patients and get them back to their levels of physical functioning quicker after surgery, though more research is needed to confirm this.